Could converting plastic back to oil help to solve the world’s growing waste problem?

This global plastic problem is one that must be dealt with, as Australians — along with the rest of the world — are now acknowledging.

It all seemed okay until China, which has taken about 45 per cent of the world’s plastic scrap since 1992, put its foot down.

In 2018, it effectively ended these imports. Other Asian nations followed suit, and, in 2019, the Australian Government agreed that mixed plastic waste exports would end altogether by mid-2021.

Finding a home that isn’t landfill for plastic is a major issue. Experts agree that a range of solutions are needed.

One of them looks like an Australian-made processing technology that can “depolymerise” material into crude oil and other hydrocarbon products.

Calla Pieters, General Manager of Engineering at chemical recycler Licella, left White Energy to begin his current role in 2017, the same year the company began to focus its processing technique on plastics.

“At the time I knew that Licella was in the same sort of field also working on upgrading low-rank coal and lignite,” he told create.

“I had engaged with them, and then, in 2017, they started really focusing on plastics and waste plastics, and I thought, ‘Gee, yeah. That looks really interesting. I think they have more of that kind of future, going forward, than coal’.

“Then, we all know what happened to coal. Coal is just falling off a cliff.”

Licella began in 2007 and had previously applied its Cat-HTR — catalytic hydrothermal reactor — to harvest biocrude from materials such as lignite. It is suitable, with some tweaks, for treating “biomass and other organic-based material”.

The method uses water as a processing medium, with supercritical steam at a temperature of around 400 degrees Celsius, as well as pressures over 200 bar and inexpensive metal catalysts.

Co-founder Professor Thomas Maschmeyer described it as a “eureka moment” when tests showed mixed polystyrene, polyethylene and polypropylene could be broken down using this  method with no “cross-talk” between them.

“We just had the fragments of those polymers existing and breaking down on their own,” he told an interviewer last year.

The “hydrothermal upgrading” method of turning plastic back into oil has been developed with input from collaborators at the University of Sydney.

Licella says it has spent more than $75 million in research and development to take the idea to its current efficiency level, where 85 per cent of plastic by weight is converted back into oil.

Pieters describes his role in refining and commercialising Cat-HTR as heavy on leadership and the management of resources. He heads a team at the company’s large-scale pilot plant at Somersby, on New South Wales’s Central Coast.

“We’ve got a team of 20 engineers here, and it takes a fair bit of money to keep the doors open and to develop things,” he explained.

“THEY STARTED REALLY FOCUSING ON PLASTICS AND WASTE PLASTICS, AND I THOUGHT, ‘I THINK THEY HAVE MORE OF THAT KIND OF FUTURE, GOING FORWARD, THAN COAL’.”

Challenges they are focused on include the best preparation of feedstocks, process optimisation — for example around temperature, pressure and residence times — and dealing with issues around contamination of plastics.

The team is also working to increase the amount of solid material and decrease the water content. 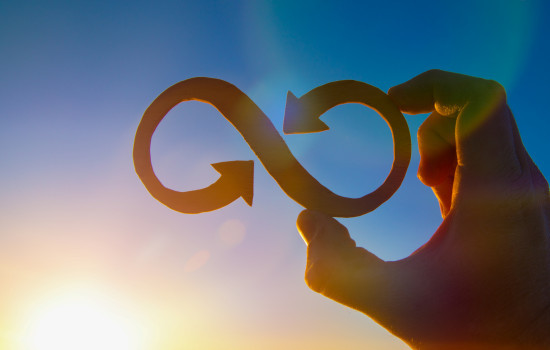